These positions are now closed.

Advertised today in Nature and on Thursday in New Scientist are two positions in my lab. I am looking for a postdoc and a PhD student to work on the genome evolution and epidemiology of four human pathogens as part of the Modernising Medical Microbiology project. Three of the pathogens share the theme of hospital-acquired infections: they are Staphylococcus aureus (of MRSA infamy), Clostridium difficile and norovirus (aka winter vomiting disease). The fourth is Mycobacterium tuberculosis (TB) which is a re-emerging problem in developed countries.

The aim of the project is to use whole genome sequencing of many isolates (100s to 1000s) in order to reconstruct evolutionary relationships and deconstruct transmission routes. We hope to develop the technology to the stage that we can trace the spread of pathogens in real time, and uncover the epidemiological triggers for the spread of disease.

As of January I have relocated to the Nuffield Department of Clinical Medicine at the University of Oxford, and the project is a collaborative affair between people at Oxford (including Rory Bowden, Derrick Crook, Peter Donnelly and Rosalind Harding), the Wellcome Trust Sanger Institute, the NHS and the Health Protection Agency. The project is funded by the UKCRC and further details of the positions are available online for the postdoc and PhD studentship. The closing date for applications is Friday, 2 April 2010.
Daniel Wilson at 5:21 am 1 comment:

Today I had an extraordinary experience, precipitated by my visit to the British Museum on something of a whim. Listening to the Radio 4 series A History of the World in 100 Objects, my imagination had been captured by the descriptions of early stone tools - a chopper and a hand axe - featured in the first couple of programmes in the series. These tools, which were found in the Olduvai Gorge, in modern-day Tanzania, are examples of the oldest known objects made by humans. What is fascinating is that their simple design belies a capacity for mental forethought. They are tangible evidence that the humans living 2 million years ago had the intelligence to conceive of and the dexterity to manufacture tools. 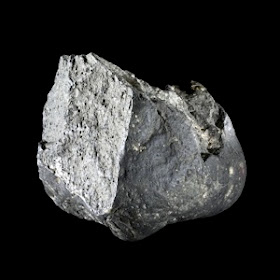 I had been visiting friends in London, and before leaving I decided to pass by the museum to see these relics for myself. I found the stone tools in a dim room in the near corner of the museum, shielded by glass cases. After reading the descriptions and wandering round I noticed a lady showing some children a bunch of similar-looking objects she had in a wooden box. I asked if they were casts and could hardly believe it when she told me it was the real thing. Two stone hand axes, 1 million years old, made from basalt and quartz, and a basalt chopper, 2 million years old - the oldest items in the museum. To hold in the palm of my hand a tool fashioned 2 million years ago by a cognizant proto-human, I could imagine the heavy object fitting just as neatly into the hand of its designer, and in trying to understand the way it might have been used to butcher carcasses, pound meat and scrape flesh off bones I felt I got a brief glimpse into the intentions of its designer. The study of evolution rarely affords such vivid connections with its subject matter, and I felt privileged to stumble across such an encounter today.
Daniel Wilson at 5:23 pm No comments:
‹
›
Home
View web version